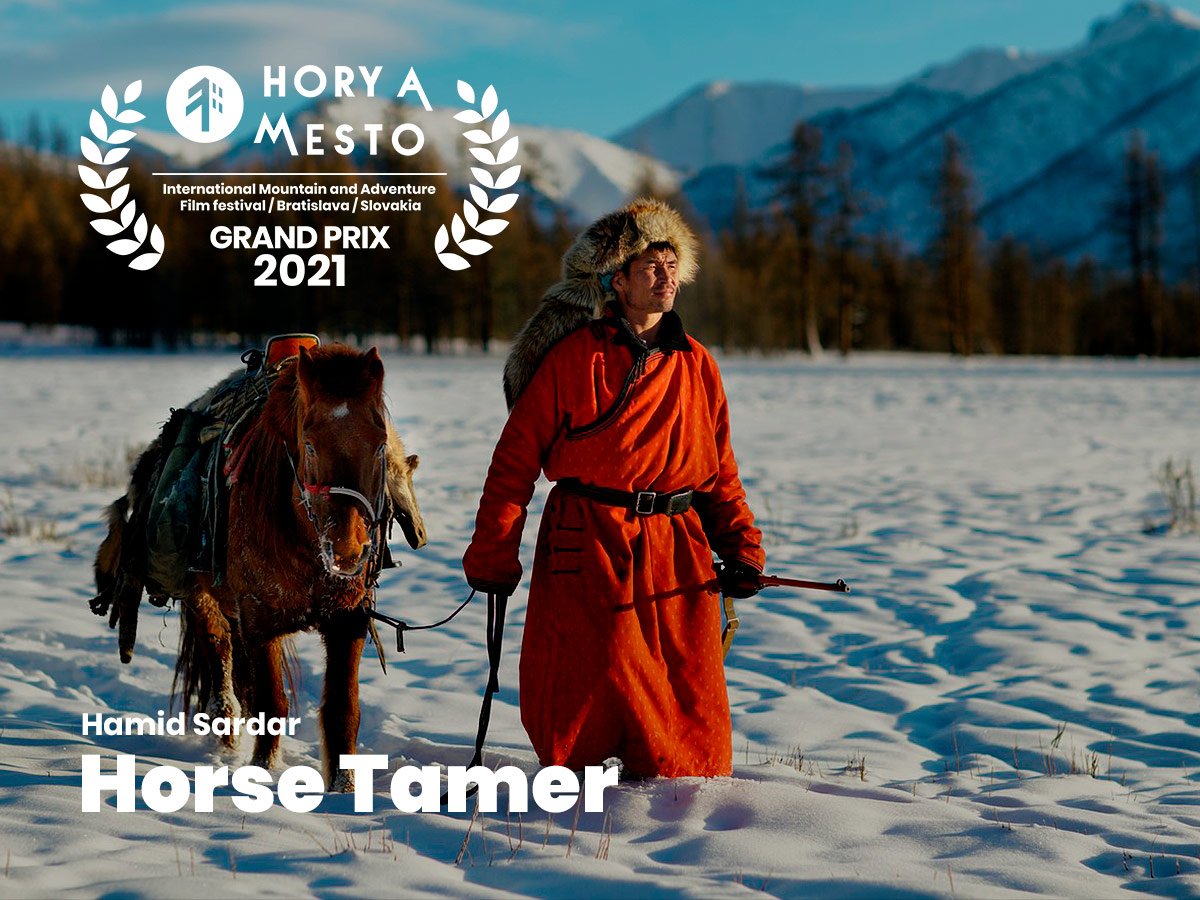 The festival jury decided to award the Grand Prix to the film Horse Tamer (France, d. Hamid Sardar) for extraordinary precision, cogency and originality in depicting the lives of Mongolian horse riders. Without unnecessary clichés, this thrilling docudrama represents the best in ethnographic exploration. 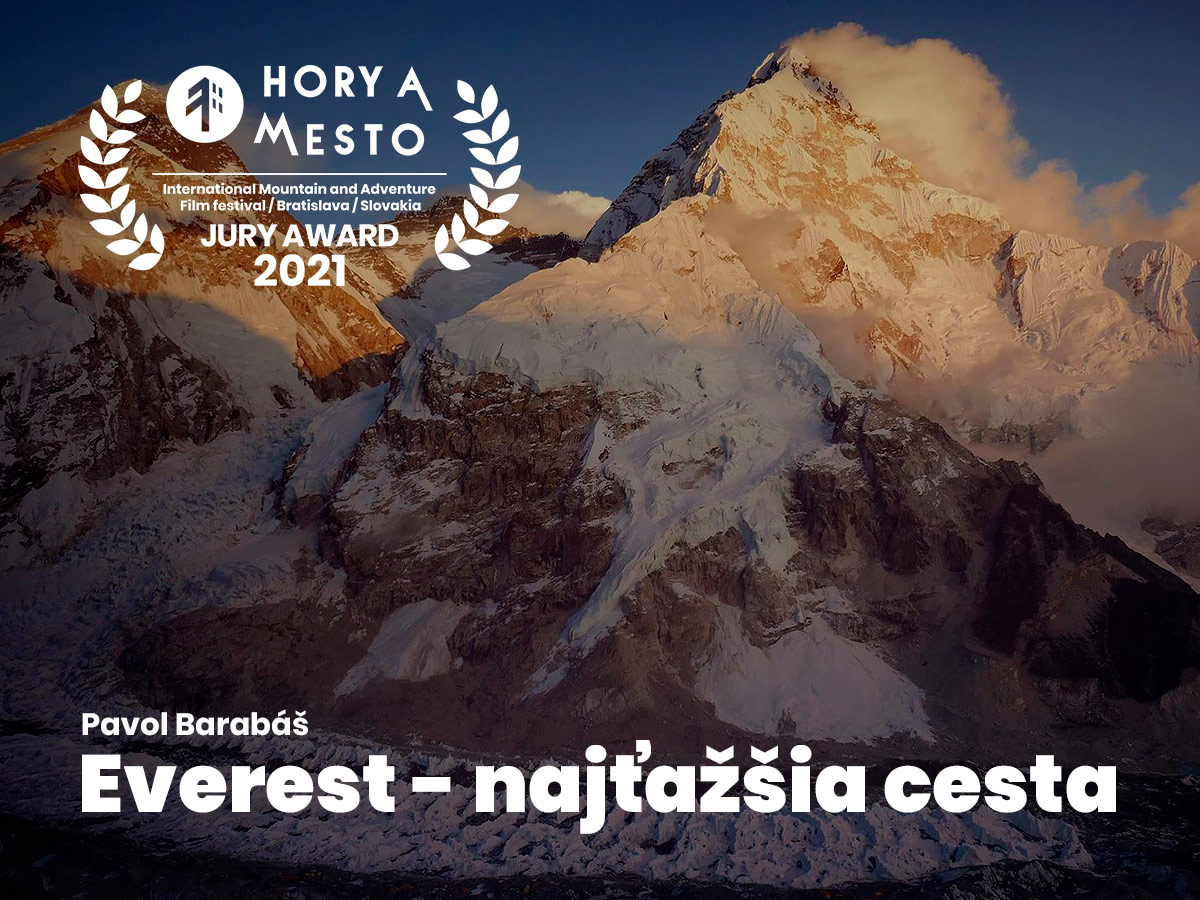 In the world of adventure film making, Pavol Barabas’s name is synonymous with making finely crafted documentaries that shine a human light on the drama, challenges and rewards of mountaineering. In 1988, a heroic and tragic performance was enacted high on one of the most difficult faces of Mt Everest by a small, elite team of Slovak mountaineers - an expedition whose outcome was acutely felt by the alpine community in Slovakia, but until now, largely unknown outside of Europe. The consequences of choosing the Hard Way are magnified in this superbly crafted film. 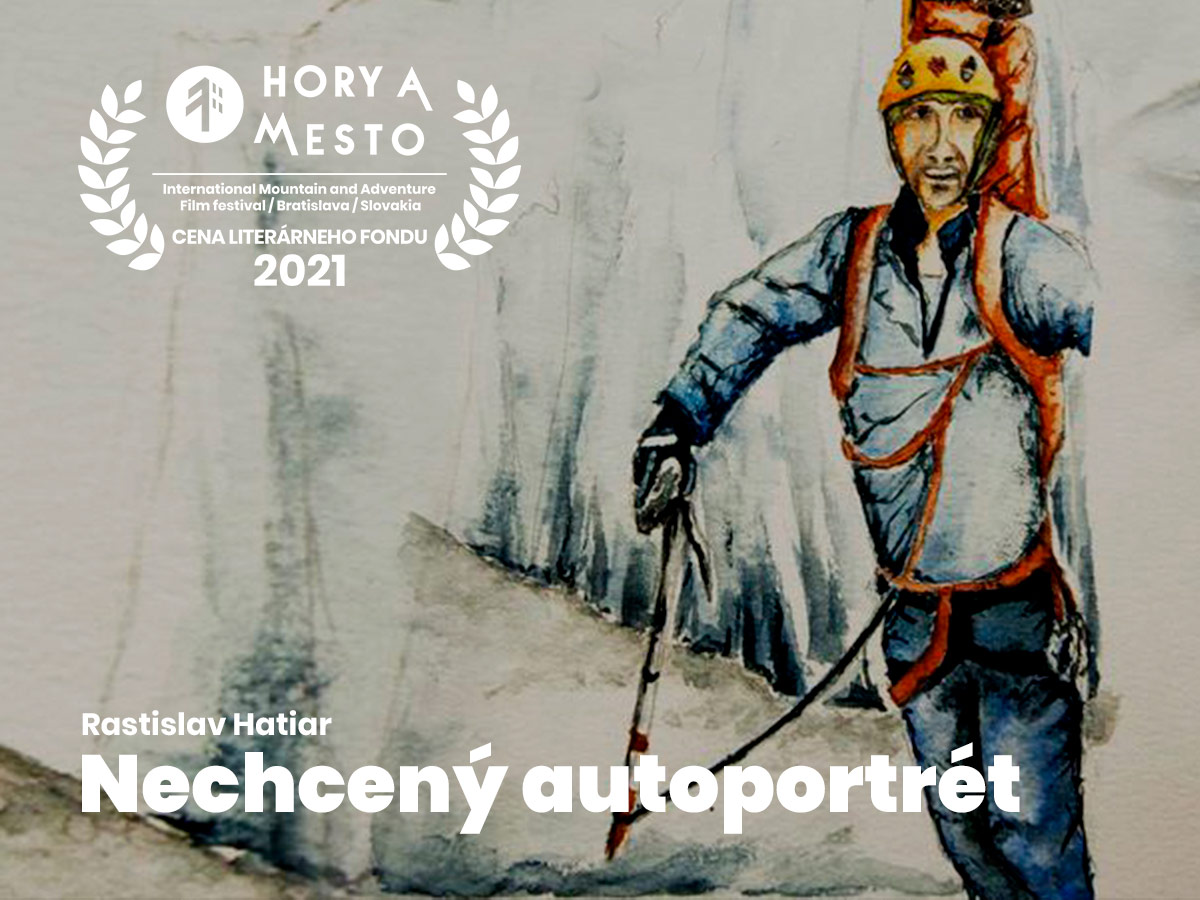 The Literary Fund Award was awarded to the film Unwanted Self-Portrait, for a very unconventional personal and intimate statement about how deep the relationship between two friends, tied at opposite ends of the rope, is. We appreciate the thoroughly, meticulously and intensely constructed narrative of the search for reconciliation with the death of a climbing partner. 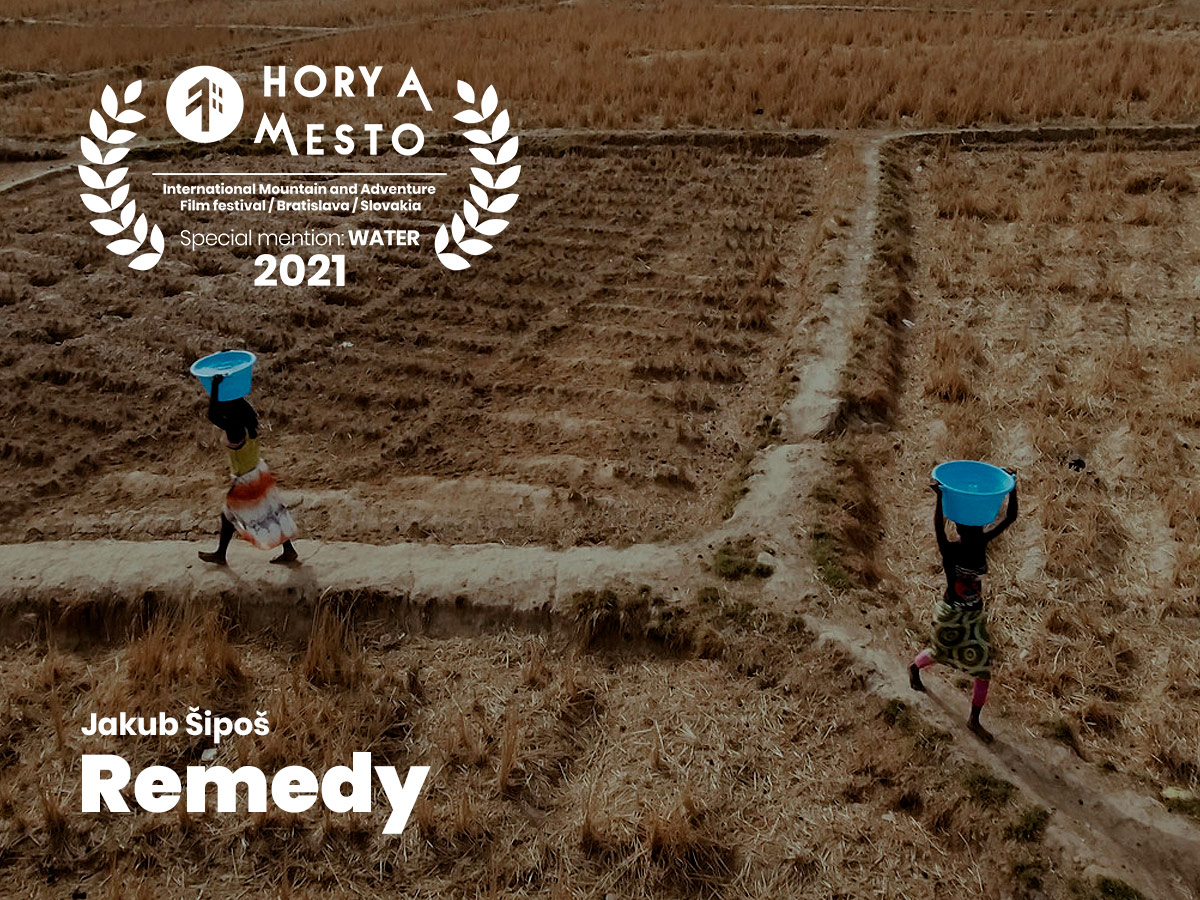 Are you touched by the statement 'Clean water is not commonplace?' After seeing Remedy, you will be. Slovak director Jakub Šipoš captured an initiative launched by a bunch of friends who wanted to address this crucial issue that the inhabitants of a Casamance village in Senegal have been facing. Impressive cinematography, a combination of narrated story and story-telling by the locals, authentic scenes from everyday life in Senegal and true moments of friendship - this is an inspiring story about people whose lives have changed because they were not ignorant to the lives of others. 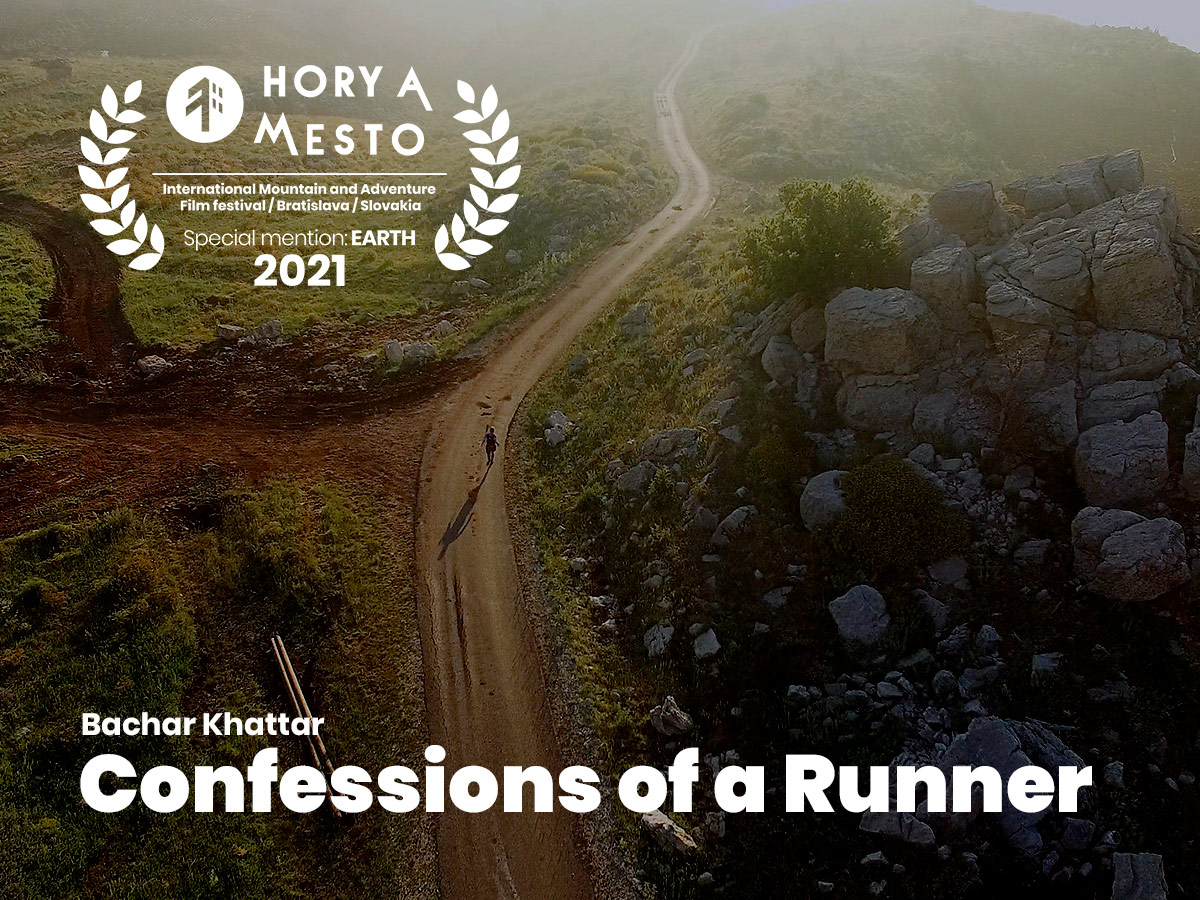 Confessions of a Runner

The Special mention in the Earth category goes to the film Confessions of a Runner for its depiction of how to fight addiction through extreme trail running and for showing us the hidden beauties of the conflict-stricken Lebanon. 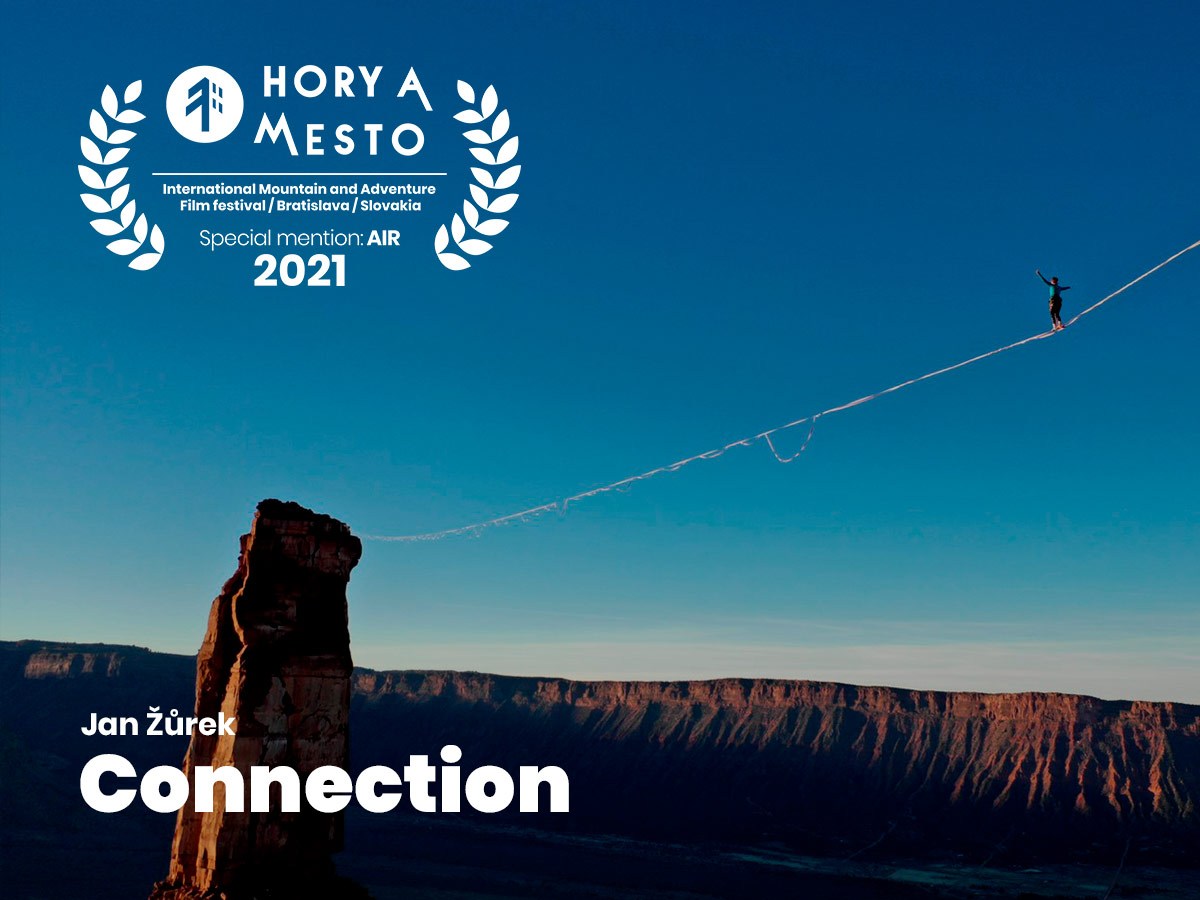 With striking cinematography and compelling characters, Connection illustrates how extreme sport can be about so much more than competing or setting records. This female team of elite high-liners and climbers convey a joyfulness rarely expressed so fully in adventure films. This is an inspiring story about collaboration, about letting go of ego to live in the moment, and most of all about joy of connection to each other and to nature. 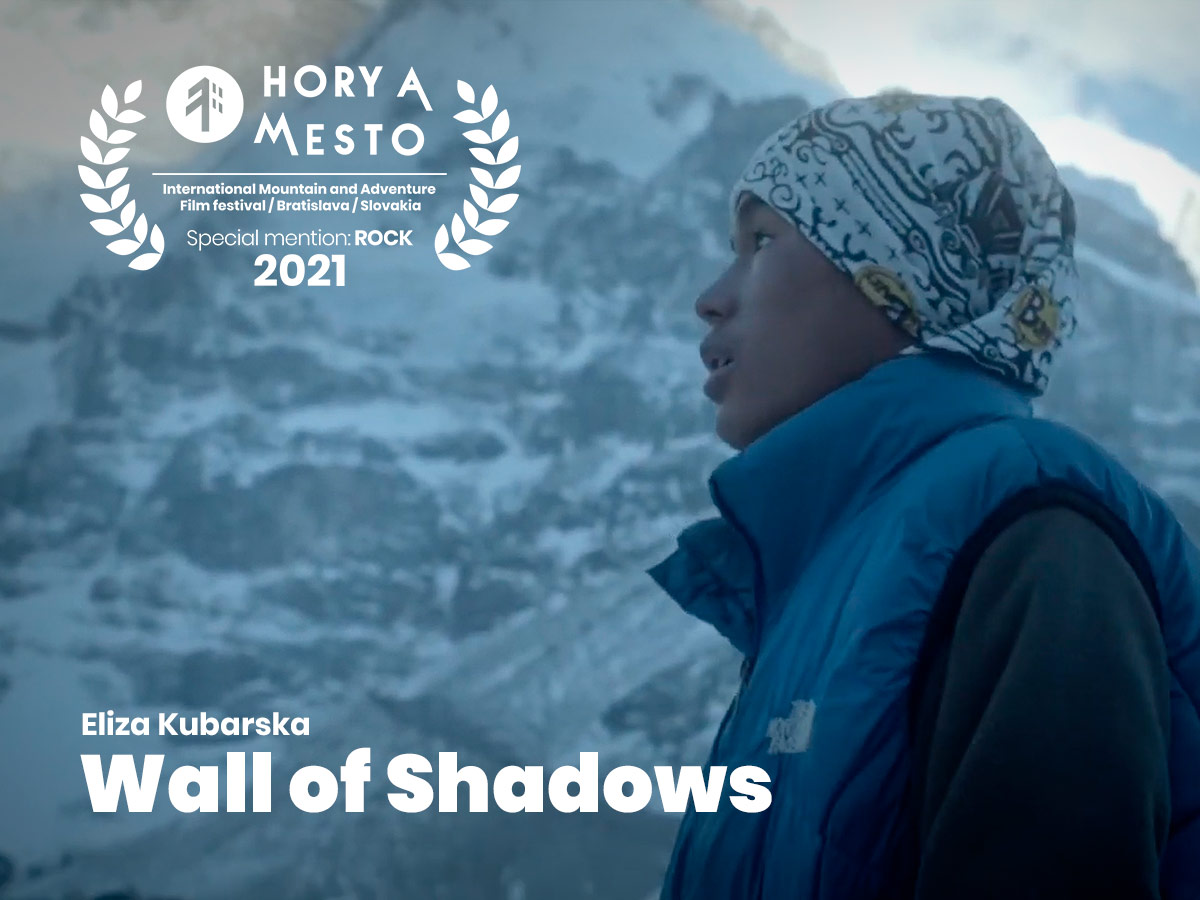 Relying on her considerable experience as a Himalayan and Karakorum climber, Eliza Kubarska created a story based on the power imbalance between East and Western cultures, and set on the remote slopes of Mt Kumbhakarna in eastern Nepal. Her film lays bare the vulnerability of indigenous families when they’re forced by economic realities to work for highly driven western climbers whose values are vastly different but whose life goals are in some ways the same. 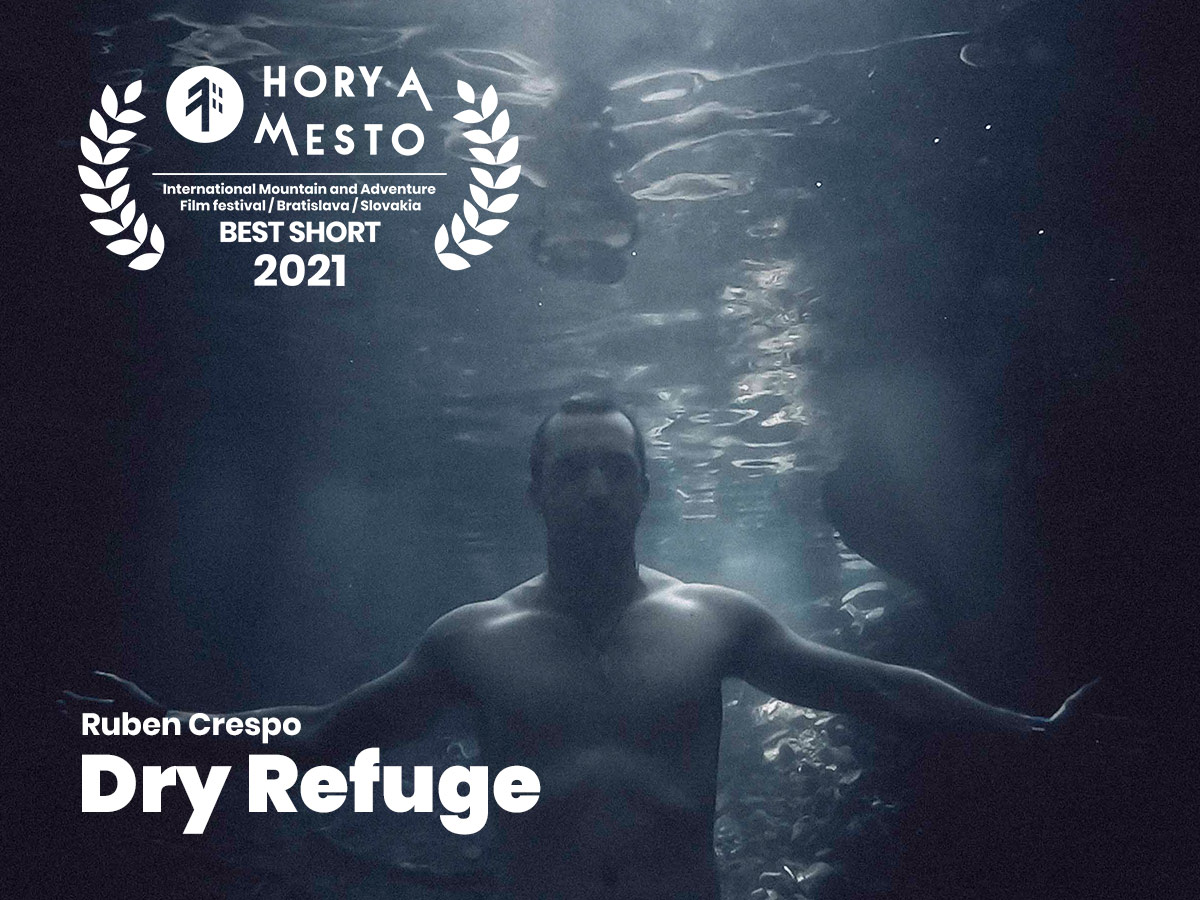 Just five minutes long, Dry Refuge is a perfect example of ‘less is more’. With mesmerizing footage and masterful editing, Ruben Crespo creates a powerful narrative arc with a meditative quality. He brilliantly captures the frustrations of confinement during the global pandemic, and the refuge and importance of dreams in uncertain times. It’s a film that calls to be watched again and again. 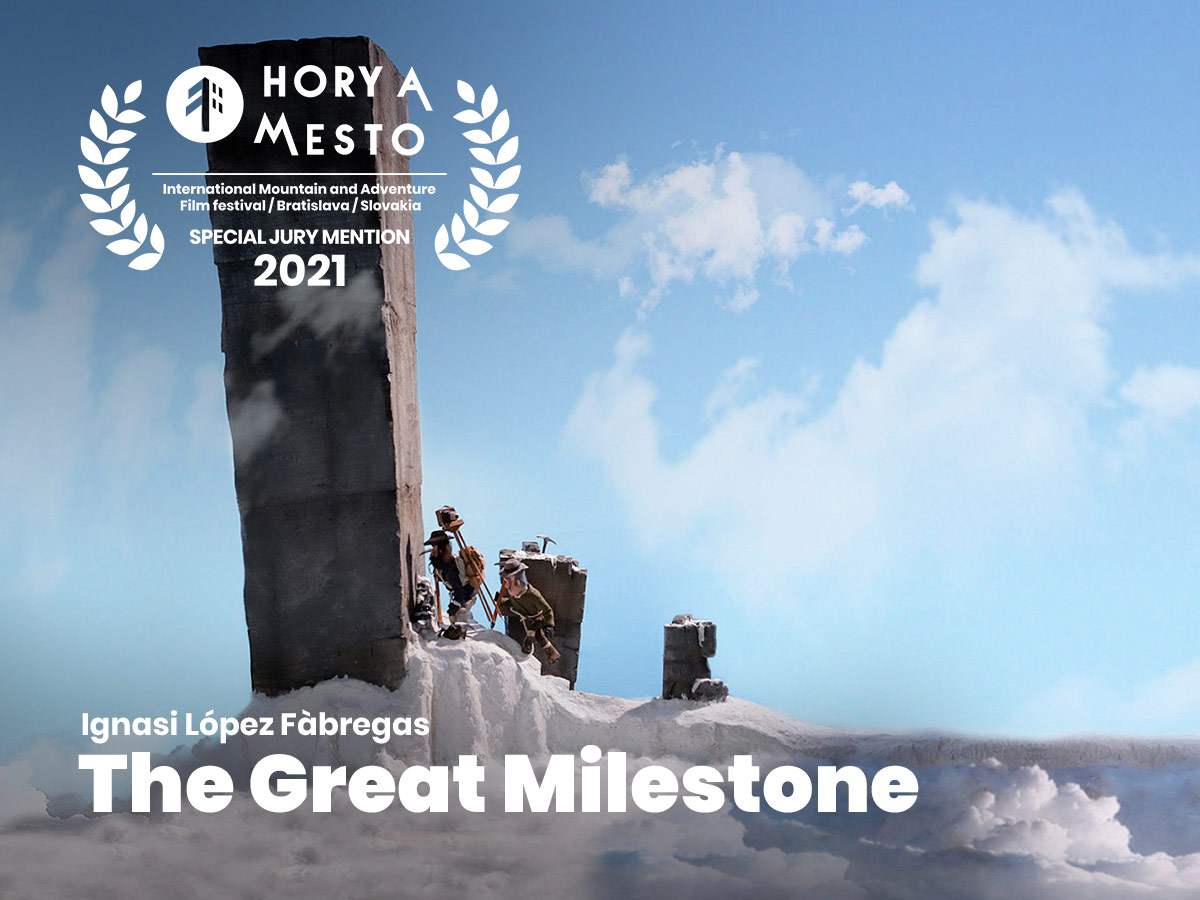 The festival jury decided to award the Special Jury Mention to the animated film El gran hito/The Great Milestone (Spain, d. Ignasi López Fàbregas) for its witty and timeless story about fundamental issues of mountain climbing and the relationship between men and women. 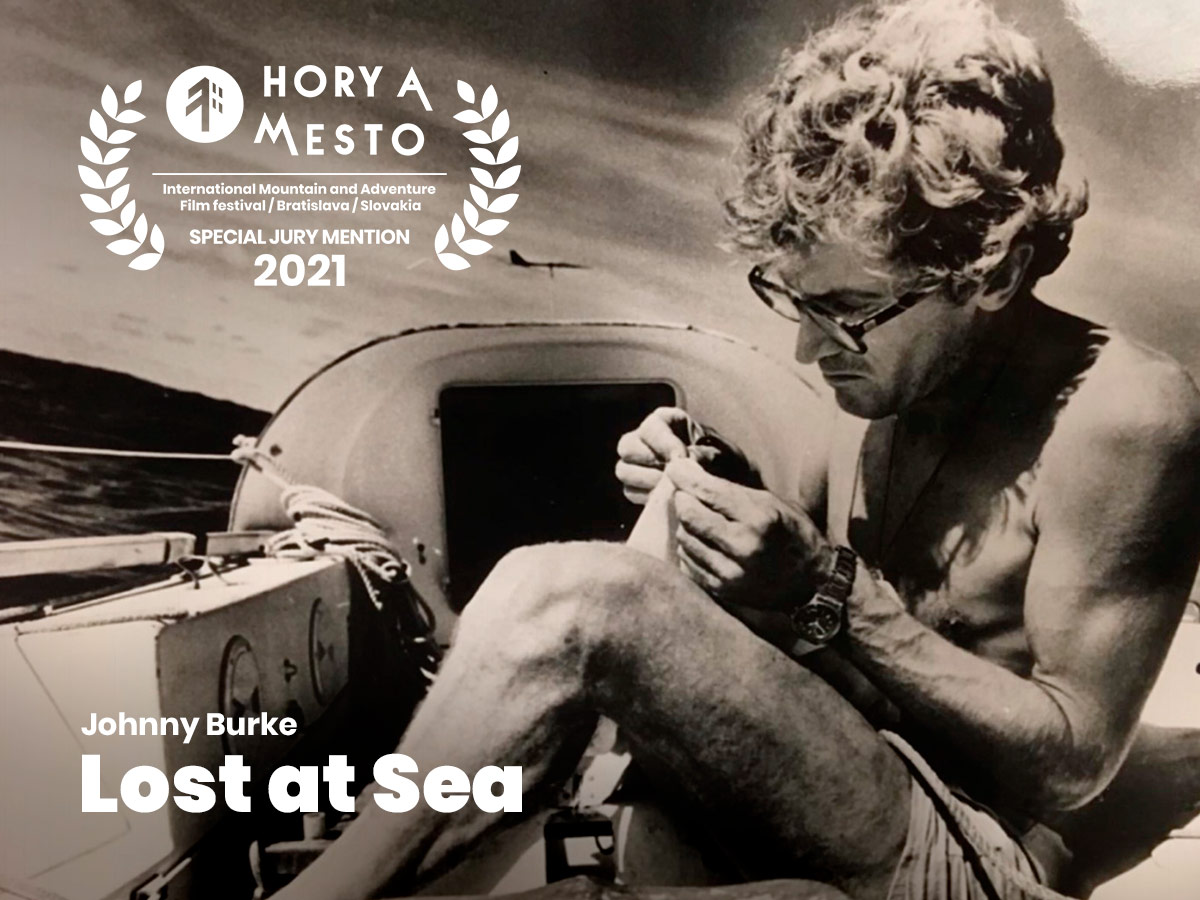 In his film Lost at Sea, Johny Burke brings a story, masterfully intertwined with archive footage and present-day narration, uncovering more than just a history of one adventurer and his family. With tactful yet intimate cinematography, he has captured powerful conversations, mature statements and deep, intimate scenes. A truly heartfelt documentary about how to face past trauma and turn it into one's biggest strength - a real adventure movie with a power to heal.

'It was a great honour to be invited onto this film jury – and of course also a big responsibility. The entries came from fourteen different countries, and they varied greatly in their length, style, subject matter, style and message. The jury was impressed by how many of the films tackled crucial themes: environment issues; the growing profile of women in high adventure; the emotional of risk taking on those left behind; how outdoor activity can play a part in helping mental health and recovery from addiction; the impact of climbing on traditional communities; and how the global pandemic has affected adventure pursuits. Because of the pandemic, as a jury we couldn’t meet in person. But thanks to Zoom and the gentle orchestrations of our festival director, we were able to work smoothly together, each juror bringing their individual skills and experiences to the process. The stand out films emerged quite early on. And we were all happy to see the impressive ‘home grown’ entries by Slovakian film makers. While we easily reached consensus, of course we had to make some hard decisions, and of course wished we could have given more prizes. Dreaming up a film, writing it, making it, editing it and presenting it to the world – all of these require courage and skill, and are highly commendable in themselves. So we applaud every one of the film makers in the competition, and offer our hearty congratulations to the winners.' - Maria Coffey